With engineers spread across four offices, collaboration and communication in trivago’s IT is a challenge. Additionally, new engineers join the company all the time, which makes it even harder to figure out who to talk to about certain products, packages, and technologies.

Luckily, we are privileged to have an outstanding T&O (Talents and Organization) team who worked hard to establish a wonderful tradition called Tech GetTogether. This year, they invited us to the Dutch coast for three days packed with knowledge exchange and team building. 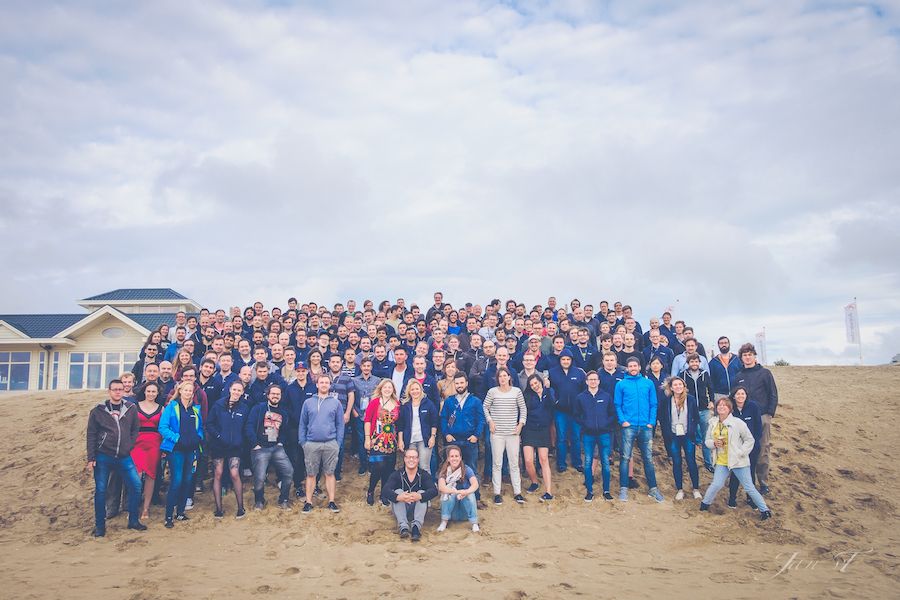 The idea of the Tech GetTogether (TGT) is to bring all of trivago’s IT people together for three intense days of knowledge exchange and team building. This year, T&O invited us to Noordwijk on the Dutch North Sea coast, which is a convenient three-hour bus ride from Düsseldorf (main trivago office). Colleagues from the Palma and Leipzig offices were flown in, and while the Amsterdam people could basically have walked, they got a bus, as well ;-)

For the first time, the knowledge exchange part took the form of an unconference: People prepared topics (mostly) in advance, and offered to hold talks on them. Every night, there was a voting wall listing all the potential talks for the next day, where every participant had four stickers (votes) to give to the talks that interested her the most. 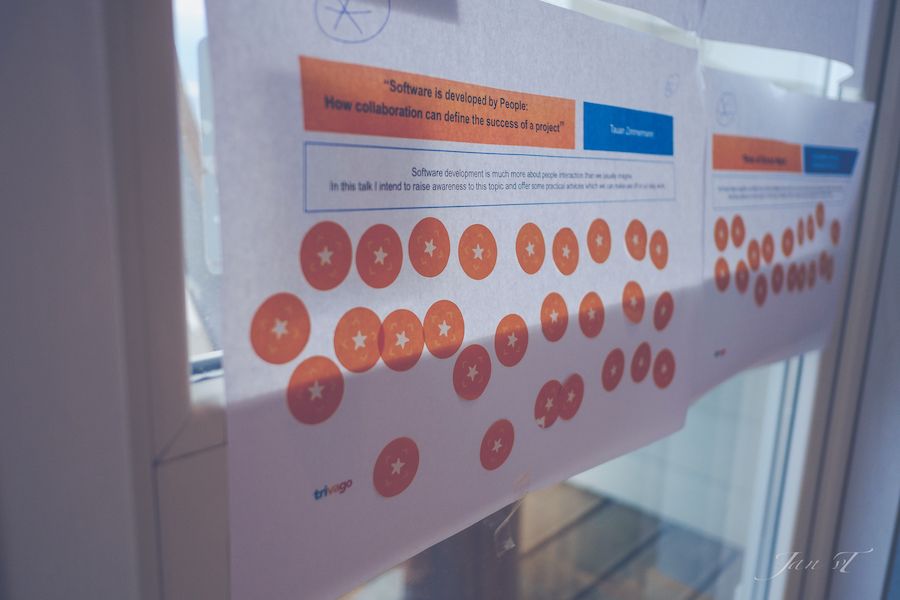 The most popular talks were then scheduled for the following day. Due to the large interest of the audience, some talks were even held twice. The topics ranged from programming languages (LOLCODE, Rust, Python) to Natural Language Processing, from project outsourcing to domain-driven design, from good team collaboration to Kafka streams, and from recruiting best practices to deep-dives into our technical infrastructure. 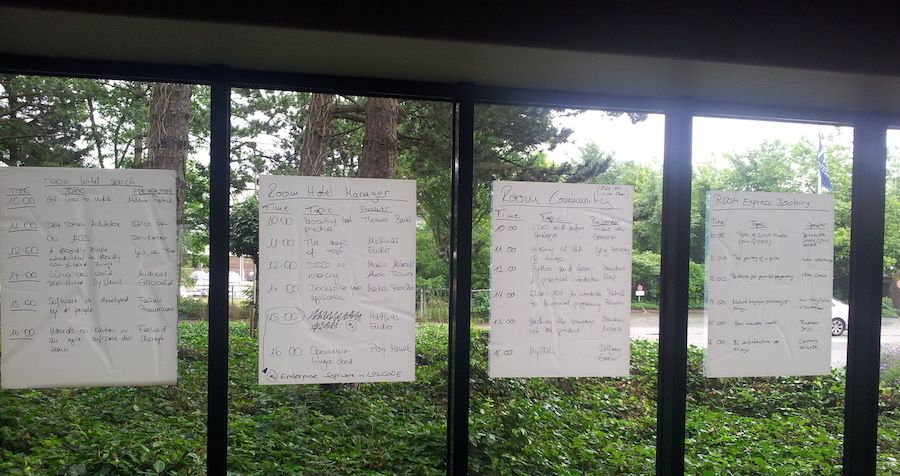 While all of this happened in a relaxed atmosphere, everybody was serious about learning as much as possible during this event. Presenters put a lot of work into their talks, and made sure they were able to spread their knowledge in a confident and entertaining way. And despite the little amount of sleep that most participants chose to get, the audiences were interested and inquisitive.

However, as with most conferences, maybe the most important things happened during the breaks. You got to know new people, joined interesting discussions, discovered synergies, and finally could speak to somebody in person with whom you had only emailed or IM’ed so far. 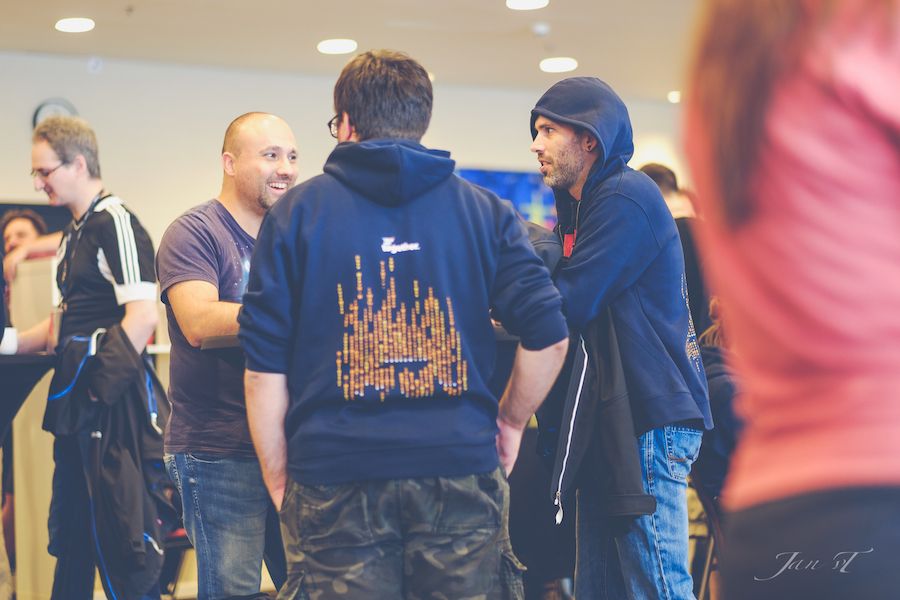 On a windy North Sea beach…

This was the learning part. The team building part actually happened on the very first day, right after our arrival. We were told to put on swimsuits right away, and off we went to the Noordwijk beach. A range of activities was waiting for us: Rafting, surfing, power kiting, and beach hexathlon (six fun and challenging team sports games near the beach), to name just a few. 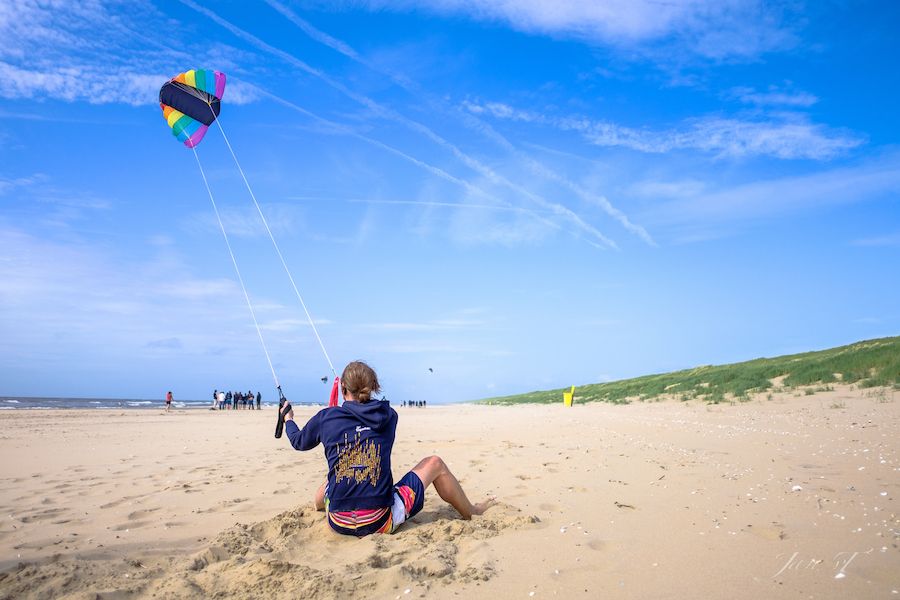 And a windy beach it was. This brought us some pretty tall waves, which made the water sports quite challenging - but also fun: 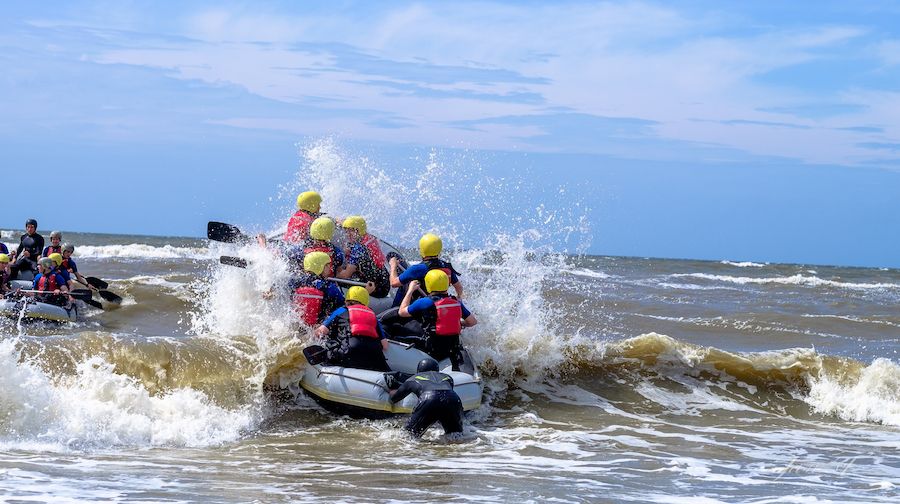 One of the most fun disciplines of the beach hexathlon was the one where you had to crawl on a giant inflatable ball while your teammates were pushing this ball towards some finish line: 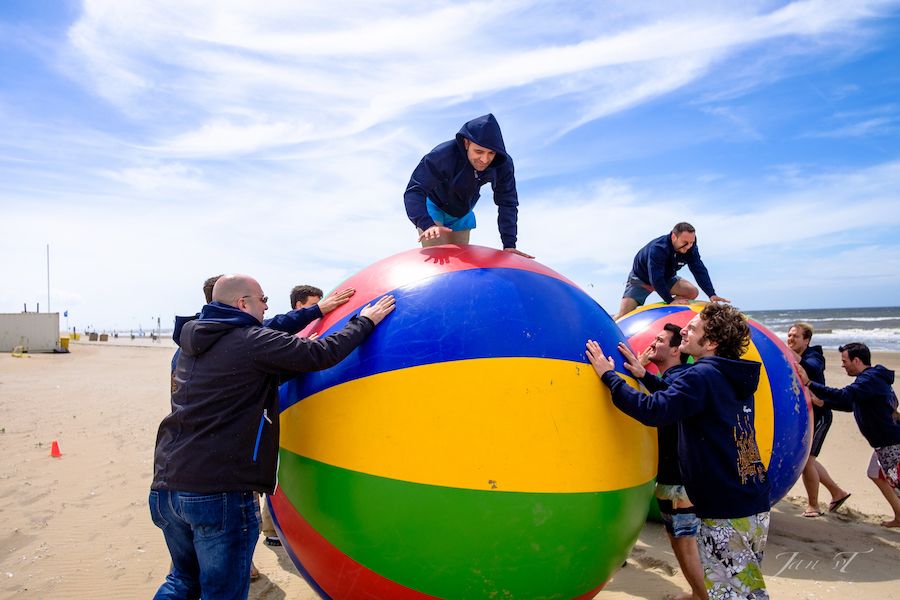 Okay, learning: Check. Activity: Check. What is missing? Right, the parties. One of them was in a space museum. Yes, that’s right. In the Space Expo Noordwijk, to be exact. And no, we did not wreck the place, we were actually quite civil. Funnily enough, the girls behind the bar encouraged the opposite. True dialog that I witnessed personally at around 1am:

Girl behind bar: “But darling, now is not water time!"

I think the thirsty person got her water in the end, but she had to really insist. Anyway, the evening was great, and nobody was forced to drink anything they did not want ;-) 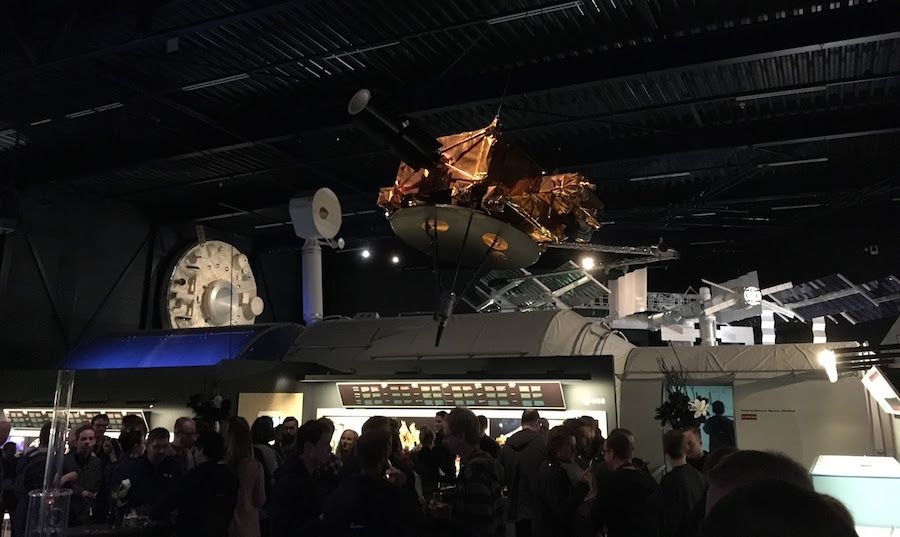 That evening, we also cultivated another Tech GetTogether tradition: The LAN party. People became nostalgic over a nice match of Counter-Strike or Track Mania. And the surroundings made you feel like gaming in outer space. Truly unique. 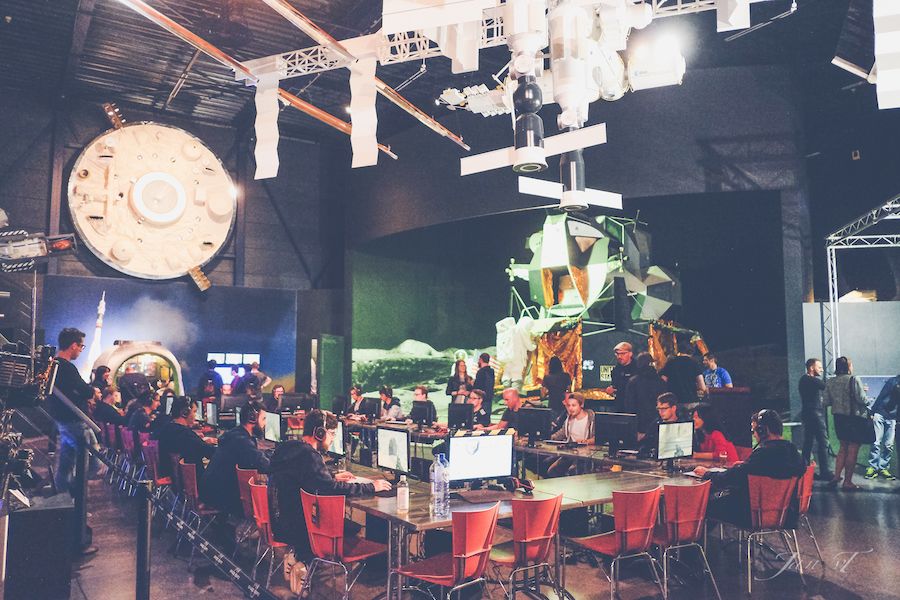 A special surprise was waiting for us on the last day, when Jeremy Keith delivered the closing keynote about resilient Web applications. 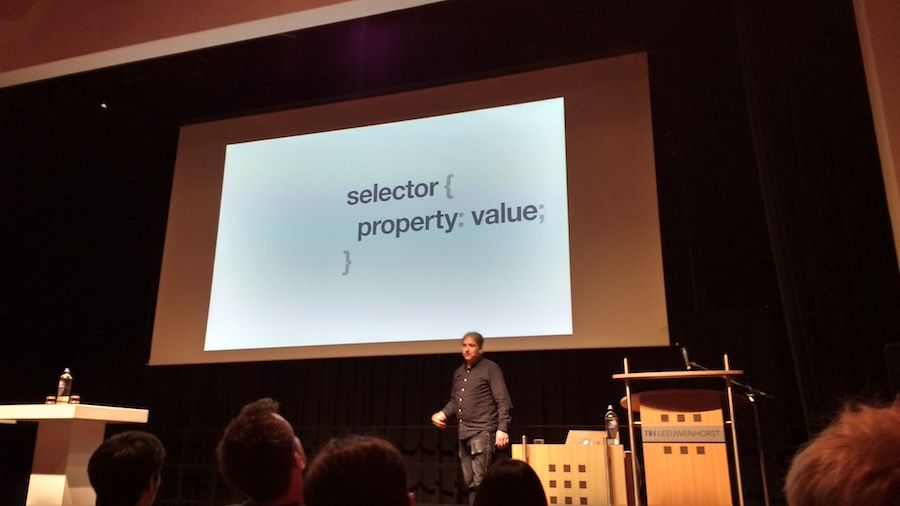 The Tech GetTogether is a highlight for all techies in trivago, and justly so. A big “Thank You!” to our friends in T&O who made this possible.

Photo credits go to our very unique Jan van Thoor, as well as Tim Brückmann, the legendary Pistenprinz and myself.