Sometimes advertisements just have to be bold.

You might have found, that most job ads are quite generic. They lack a personal note. Why apply at a company, when even the job description sounds boring?

Especially when your goal is to hire creative thinkers, why not give them something to... think about!? That was our goal when we planned a new marketing campaign for Software Engineers.

Being developers and curious thinkers ourselves, we wanted to do something fun and genuine. And so we came up with code-only billboards. No company name, no contact address, just code. (The fact that we used the trivago-colors for syntax highlighting was the only giveaway.) 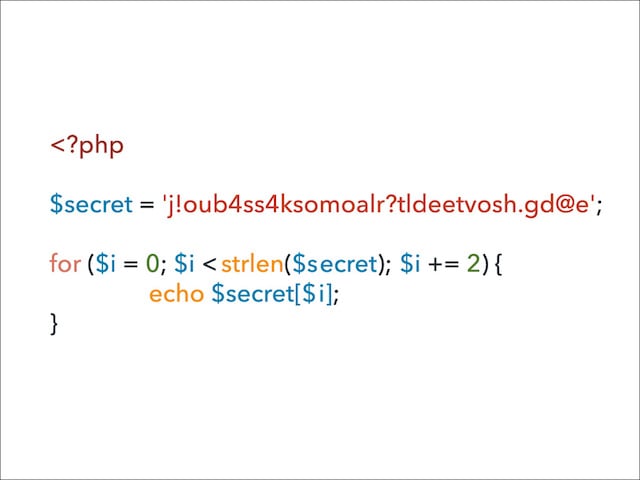 We placed these billboards in some local cities like Cologne and Düsseldorf. 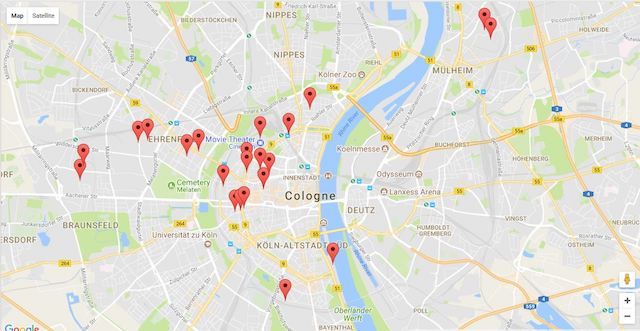 And then, we waited.

Naturally, the general public was confused. Local newspapers titled "What's up with these new posters?" and people on Facebook were puzzled by what the strange code would mean. Here's an article that appeared in the German newspaper Express: 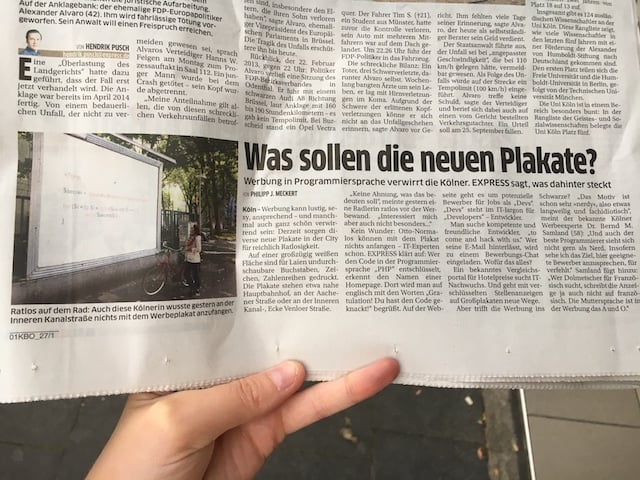 The article mentions that the campaign breaks new ground, but is also confusing for "normal" people.
That was precisely our intention, since we were only targeting the nerdy/creative kind. Even if many people didn't understand the message, it stirred up a great deal of attention.

So, what is the code doing? It's actually pretty simple:

The code on the billboard is written in PHP. At trivago, we use it to show hotel details and prices to millions of users every day. It's a reliable workhorse that served us very well throughout the years. We use the latest PHP7 and Symfony features to write lean, fast and scalable code. People who know the nitty gritty details of PHP are people we want to work with.

If you crack the PHP code on the billboard, you get a link to a secret website. You sign up there and get in contact with one of our engineers for an interview.

We were not expecting so much (mainly positive) feedback. Within the first few days, around 500 people signed up on our secret website. We also organized a little meet-and-greet at our offices to have a casual chat. In our opinion, it was a success!

Let's face it: marketing is marketing.
We are not going to change the world with that. But we think that advertisements can be creative and entertaining.

If you like, try to crack the puzzle yourself. Or join one of the local usergroups to discuss!