This is the second of a series of posts about our “big rewrite” project. The first post deals mainly with organisational challenges.

Before we move to the lessons learned, here are some key facts about the migration project:

From these numbers, I think it becomes clear that this is at least a mid-to-large scale project.

Even though we approached TypeScript with an open mind, and educated ourselves about it, several engineers did not like it at first. Coming from a rather functional style of writing JavaScript code, with lots of map, reduce, and currying, we found that TypeScript put a lot of stones in our way, and soon got frustrated with it.

In our existing code base, we would routinely define functions such as this, where arguments were passed from one function to another regardless of their shape and type:

With TypeScript, writing code like this is a lot harder. Either you really get your types right, and probably use a lot of generics (type parameters) along the way - or you change your coding style to something slightly less functional.

However, once this adaption process is finished, we found that TypeScript gives you a lot of confidence in your code. When writing new code, this is already a plus. However, it is invaluable when you change existing code, especially if you have not written it yourself. Even if you don’t understand every little detail about the code, as long as you get the types right, chances are that your code is working correctly.

By now, it feels strange for many of us to work in a non-TS code base - like, how do you even reason about the code without knowing what’s in this variable, or if this parameter can ever be null?

With all this praise, let us also clearly state: TypeScript does not and cannot provide the same level of type safety as, say, Java or C#. The type inference is weaker, there are fewer guarantees, and the underlying language is still JavaScript, which is known (some say: notorious) for its lenient handling of types. Nevertheless, TypeScript provides a great deal of safety compared to pure JavaScript, and frees up a lot of mental capacity to think about code structure and architecture rather than whether something can be undefined or not.

2. Rely on your (GraphQL) schema types

The previous version of our code base was already using GraphQL heavily. Now, with TypeScript being our language of choice, we were able to leverage our schema and auto-generate type definitions from it. With a simple apollo client:codegen command, we contact the GraphQL server and update the client-side types:

Note that we write this auto-generated code to its own package graphql-types, to have it isolated from hand-written code and keep things conflict-free.

When you look at these auto-generated files, you quickly notice that the interface names in there are not pretty. An example:

Therefore, it is highly recommended to export them under different names, like this:

This is a best practice that has worked very well for us. Another best practice is to connect your application type system to your automatically generated schema types.

Some people love modelling, and TypeScript is a tool they have just been waiting for. So, when we started rewriting out client-side business logic in TypeScript, all sorts of types and interfaces popped up.

To make matters worse, we were simply type-casting one into the other, like this:

Abracadabra, the objects retrieved from GraphQL are suddenly magically treated as our local Accommodation type. Moreover, because the Accommodation type has fields of other hand-written types, we implicitly type-cast those fields as well:

For example, by type-casting an object to Accommodation, we also type-cast its deals field to our hand-written Deals type, even though the deals field coming from the server has a slightly different type.

Of course, the hand-written types were rather similar to the auto-generated ones. Therefore, this mostly worked. At first. Nevertheless, it’s a recipe for disaster, because you fool yourself and prevent TypeScript from spotting bugs for you.

Common problems that the type cast masked were:

Both problems can lead to nasty and very unexpected runtime errors. TypeScript says a certain field is there, but in reality it’s undefined or null. Automated tests are unlikely to catch such errors, because they, too, would have to circumvent type safety with a similar type cast, which is rather unlikely. If you are lucky, you will catch the bug during manual testing. If not, it will hit you in production.

Moving to TypeScript from plain JavaScript is an investment. There is additional learning involved, and you will go slower at first. However, being forced to think consciously about which types of data flow through your application pays off in the long run. It sharpens your thinking, and increases your discipline. Moreover, using types really pays off when you have to modify and refactor existing code. If you get the types right, you are usually halfway there.

So, for new projects or for libraries, I would definitely recommend TypeScript. But since you can migrate gradually, you might want to consider it even for existing projects. The benefits will soon outweigh the initial adaptation problems. 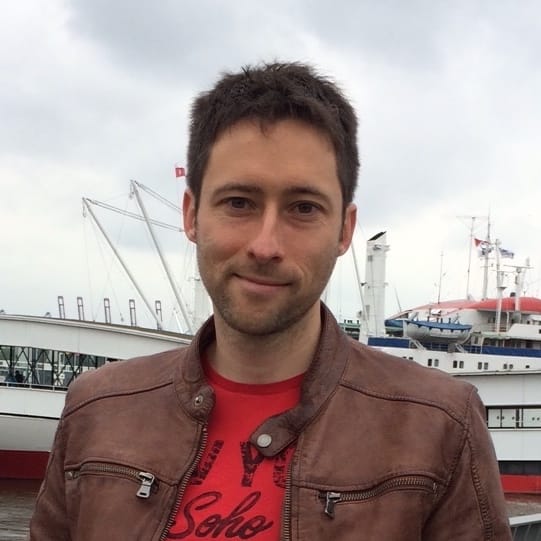 Tom is a software engineer by training and has a special interest in people management, coaching, and recruiting. He shares his thoughts at https://tombartel.me